The Future is Branded Money 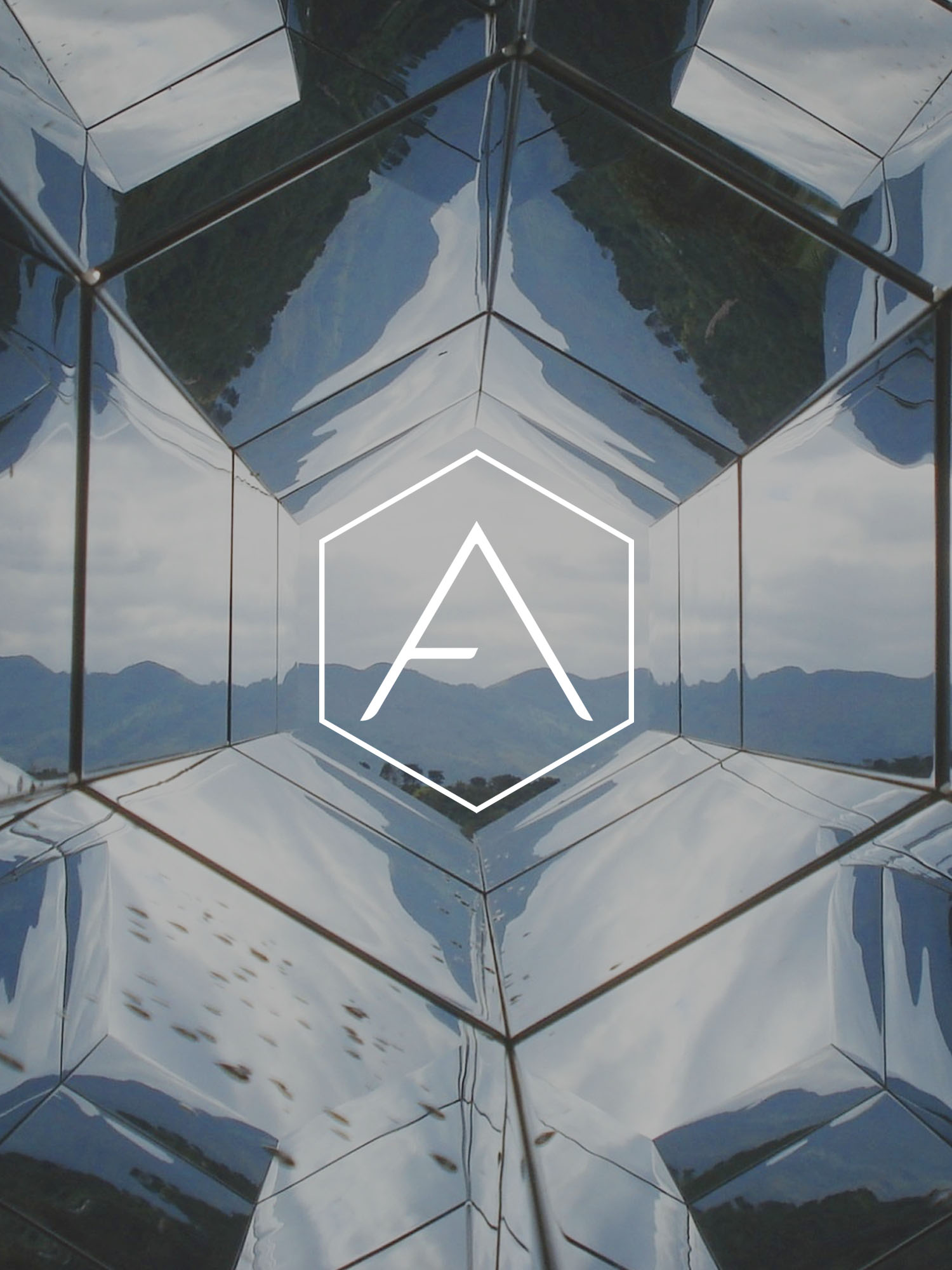 Cryptocurrency & the Rise of Money as a Product

Apple turned tech specs into a position, an argument about its technology: it stopped selling “speeds and feeds” and instead offered a brand — an ethos, a reason to believe. Crypto needs to do the same thing. And what is more deserving of brand positioning than money? What speaks more to people’s feelings, values, beliefs? We brand paper towels, phones, and delivery apps…so why not money?

People Never Stop to Question the “How” of Money

We walk around this life, work, dine out, buy clothes, pay for all kinds of things including sales, income, and capital gains tax, all using our dollars, won, euros, yen, pesos. Yet all the while we never stop to think about how our money operates, how it’s designed to work, how it creates value.

When we do actually think about money, we think about whether we’ll have enough to do the things we need and want. Which is to say, our “thinking” about money is actually anxiety about having enough—for rent, doctors, food, schools, retirement. Or else we read and dispense investment advice about how to make more of this money. In either case, there’s no critical thinking about how our money works, only reactive thinking to the system we’ve inherited.

And yet despite this persistent anxiety about money, we still never stop to ask critical questions about how money came to be like this. Sure, we think we’re being critical, even radical, when we criticize the latest government budget. How dare they spend our money on that?!? we declare righteously to no one on social media. But we never question the operations of our money—how it’s produced, controlled, distributed. We focus on what people do with money, not on how our money came to be in the first place—and how it continues to operate. 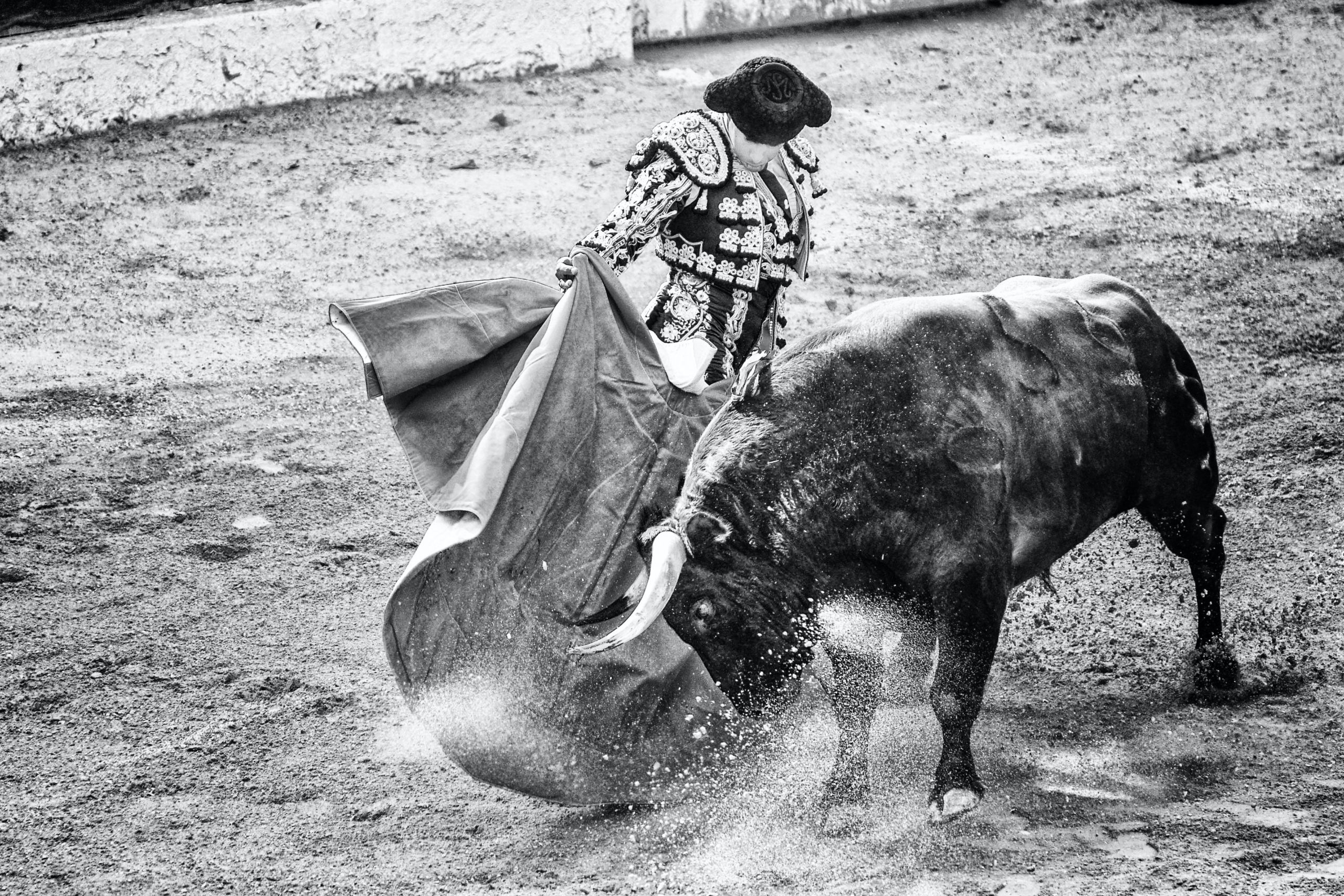 It’s an old trick: getting you riled up by something that doesn’t really matter to distract you from the mechanics of control.

Meanwhile, the government is all too happy to have debates and protests about its budget—as long as no ones questions how the money system works in the first place. It’s a neat trick, getting us riled up about something while the real matter never enters the realm of questioning. It’s an old trick, of course. Bull fighters have been using it for ages.

It’s Not Just the Way Things Are, or Bitcoin & the Birth of Money as a Product

One of the genius, if nefarious, moves national money makes is to disguise itself as just the way things are. Monopolies have that power ready at hand—and state monopolies, with their well armed police force and mandated schooling, all the more. As a result, we believe all money operates like this. Or, rather, we don’t even have to believe it as we don’t think it’s something that demands belief: we assume that these dollars, won, euros, pesos are simply what money is.

The radical thing about the creation of bitcoin in around 2009 is that it introduced a new money. It doesn’t matter whether you like or don’t like bitcoin; it doesn’t even really matter if you understand it. What matters is that it is a new money with different modes of operation from our national currencies.

The mere fact of bitcoin’s existence—not to mention the thousands of other cryptocurrencies, each with its own use case—undermines the state’s monopoly on money. And, in so doing, bitcoin exposes our fiat money as something that’s been designed. Suddenly, what was once just the way things are becomes a system designed to operate in precisely this way—with these rules, these operations, these outcomes.

To be clear, these are not signs of a broken system. The system works just as it was designed, keeping wealth at the top, reserved for the very few. Think about it for a moment: When the US creates new money—such as it did over the past year, minting money at an astronomical rate—where does it go? Not to you and me. Sure, some people received some absurdly small checks during Covid lockdown — but they still have to pay taxes so they’re coming out on the short end of things, anyway. This new money, surprise surprise, goes to the people who have most of the money already: banks, both failing and not.

This systems design isn’t even subtle. All you have to do is look to see the insanity, and cruelty, of it.

So why not design better money?

Today, every time the US prints new money, the old money loses value. This is called inflation. And we, the people, have no idea how much or when the US will print said new money. On the other hand, we know exactly how much bitcoin there is and how much there will be. And not only is bitcoin’s inflation rate known, it’s transparent and immutable—you can look at the code that no single person or governing body can change. Which is a far cry from the opaque uncertainty fostered by the small board at the US Federal Reserve.

What about the distribution of this newly minted money? With the US dollar, it goes to certain banks, usually in the form of credit. The party line is that this money will then become loans for businesses that will create jobs and more value down the proverbial pipe—so-called “trickle down” economics. But of course these banks aren’t really incentivized to give loans to people who don’t have money— the nearly 35% of Americans considered sub-prime (and that 35% was before Covid). So, to be clear, the US government prints money and gives it to banks who give it to people who already have money. And, through it all, we must pay taxes—except for large corporations and the very wealthy.

Bitcoin’s newly minted tokens go to the folks who help run the bitcoin network or what are called miners. These people keep the decentralized network running, recording the transactions, and are in turn paid in new bitcoin.

Another cryptocurrency, ANATHA, takes a different approach (in full disclosure, I run communications at Anatha). Some of the newly minted tokens, 50%, go to network validators. The rest are distributed to the community — some to ongoing development, some to shareholders, and some — 25% — to individuals who use the Anatha Network. (Imagine, for a moment, if the US government distributed 25% of newly printed dollars to every American? What kind of pervasive benefits would we see?)

As for sending money, have you ever tried getting paid in US dollars for freelance work? Despite having a direct relationship with your client, they can’t just pay you. Indeed, the number of people who touch it, extracting a little value along the way, is absurd. With bitcoin, your client can pay you directly thanks to peer to peer payments (despite appearances, Venmo and PayPal are not peer to peer).

And try engaging a bank when you don’t have a passport or birth certificate — 1.7 billion people are what are called unbanked, with no access to any of the features of finance such as savings, loans, or sending money. Bitcoin, however, is what’s called permissionless: you don’t need permission from anyone to use it.

But while bitcoin is a vast improvement over fiat, it is not the end all and be all of what money can be. Bitcoin opened the gate, waking us up to the fact that our money is designed — and can therefore be designed differently to produce better outcomes than, say, having nine million people starve to death every year.

To date, cryptocurrencies have not branded themselves. Yes, they put forth the reasons their tokens are better or different—usually in bullet points and obtuse videos. What we’re seeing is what we saw in the early days of home computers, what we in the branding world call “speeds and feeds” (named after the way HP and related brands marketed their printers and computers). And then Apple came along and made an argument about what Apple believes in—and what home computers could, and should, be.

Apple turned tech specs into a position, an argument about its technology: it stopped selling “speeds and feeds” and instead sold a brand—an ethos, a reason to believe. Crypto needs to do the same thing. And what is more deserving of brand positioning than money? What speaks more to people’s feelings, values, beliefs? We brand paper towels and delivery apps so why not money?

Apple turned tech specs into a position, an argument about its technology: it stopped selling “speeds and feeds” and instead sold a brand—an ethos, a reason to believe. Crypto needs to do the same thing. And what is more deserving of brand positioning than money? What speaks more to people’s feelings, values, beliefs? We brand paper towels and delivery apps so why not money?

Please put aside your feelings about Apple as they’re not relevant to this conversation. What is relevant is that Apple took a technology and wrapped it in a value proposition. It didn’t ask people to know processor speeds and memory, at least not at first encounter. Instead, Apple appealed to people’s sense of themselves in the world: it appealed to their values.

As cryptocurrency matures, it will inevitably find that to compete in the marketplace, it has to move beyond specs, white papers, and identically produced video animations. It has to approach its product—its money—as just that, a product. And while home computers, toilet paper, and t-shirts all try to align with their audience’s values, it seems to me money is truly a product that should appeal to people’s values.

Money, as a product, lives at the intersection of our daily lives and our deepest held beliefs. It needs to work in the course of one’s life—one clear advantage the US dollar has at the moment. But it needs to appeal to people’s values, as well. The US dollar not only doesn’t care about its end users—me and you—it points a tremendous amount of its value towards burning oil and building and dropping bombs (to control said oil). If you could opt out of that currency and choose one that a) included you in its decision making; b) included you in its inflation and distribution model; and c) invested in things like, say, cleaning up the oceans, developing new clean energy, or housing the homeless, wouldn’t you?

In time, we will all choose which currency aligns best with our needs and values. No doubt, we will most likely use multiple currencies. And while this sounds like a nightmare of having to move between different currencies, that is a problem that will be solved by a combination of technology and vision. All those technical obstacles, all that complex code, will move to the background of our everyday experience—much as command line code did on the home computer.

Which is why Anatha launched its cryptocurrency as a brand—the first real cryptocurrency brand (exchanges have done some branding but currencies have, by and large, not). It leads with values and ethos—a belief that the needs of human beings should be the focus and center of economic systems. When you come to Anatha, you see these beliefs first—and then all the specs of the network, applications, and token ($ANATHA). And unlike brands in other verticals that can say whatever they want, in crypto, you can look at the code for yourself and know if what that brand says is true.

Such is the future of cryptocurrencies. More and more, we’ll see tokens and their networks lead with value propositions. People will choose which currency they want based not on its speculative value to earn them more fiat but on its actual values—how it treats participants, how it distributes its inflation, where it points its value.

The future of money, then, is not just logos on your bills but brands doing what brands are supposed to do — offering an ethos backed by action.