So after this coronavirus, what do we — in the US but also the world — want? What will we become? 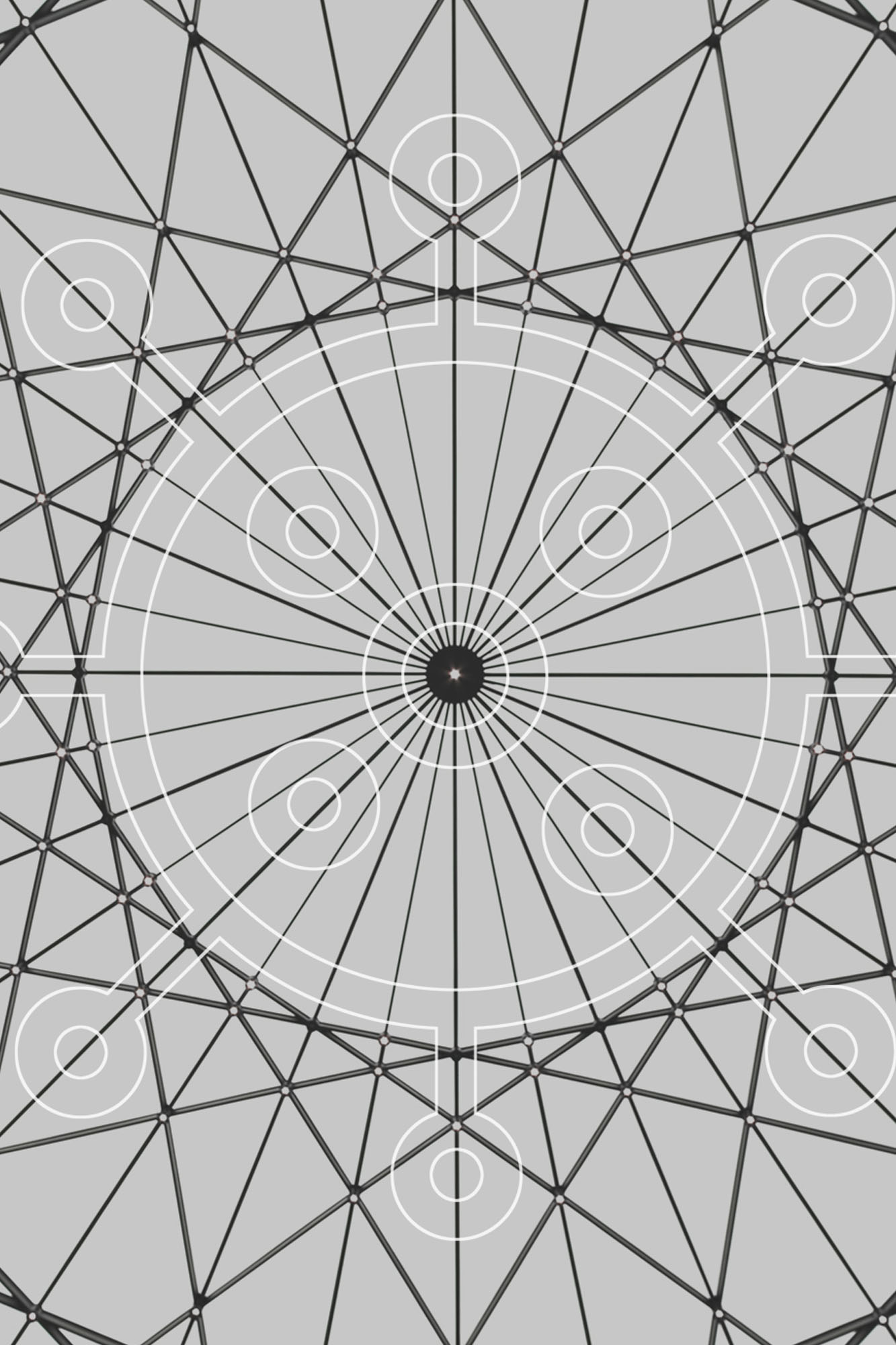 The great Stoic, Epictetus, urged people to imagine their future as a way to move through it gracefully. Say you’re going to a friend’s party. Imagine who will be there, what things you’d say that might offend (for better or worse), that might inspire, how you’ll pace your drinking, how much you’ll eat. For Epictetus, imagining a future helps us navigate who we are, what we want, and what we’ll become. 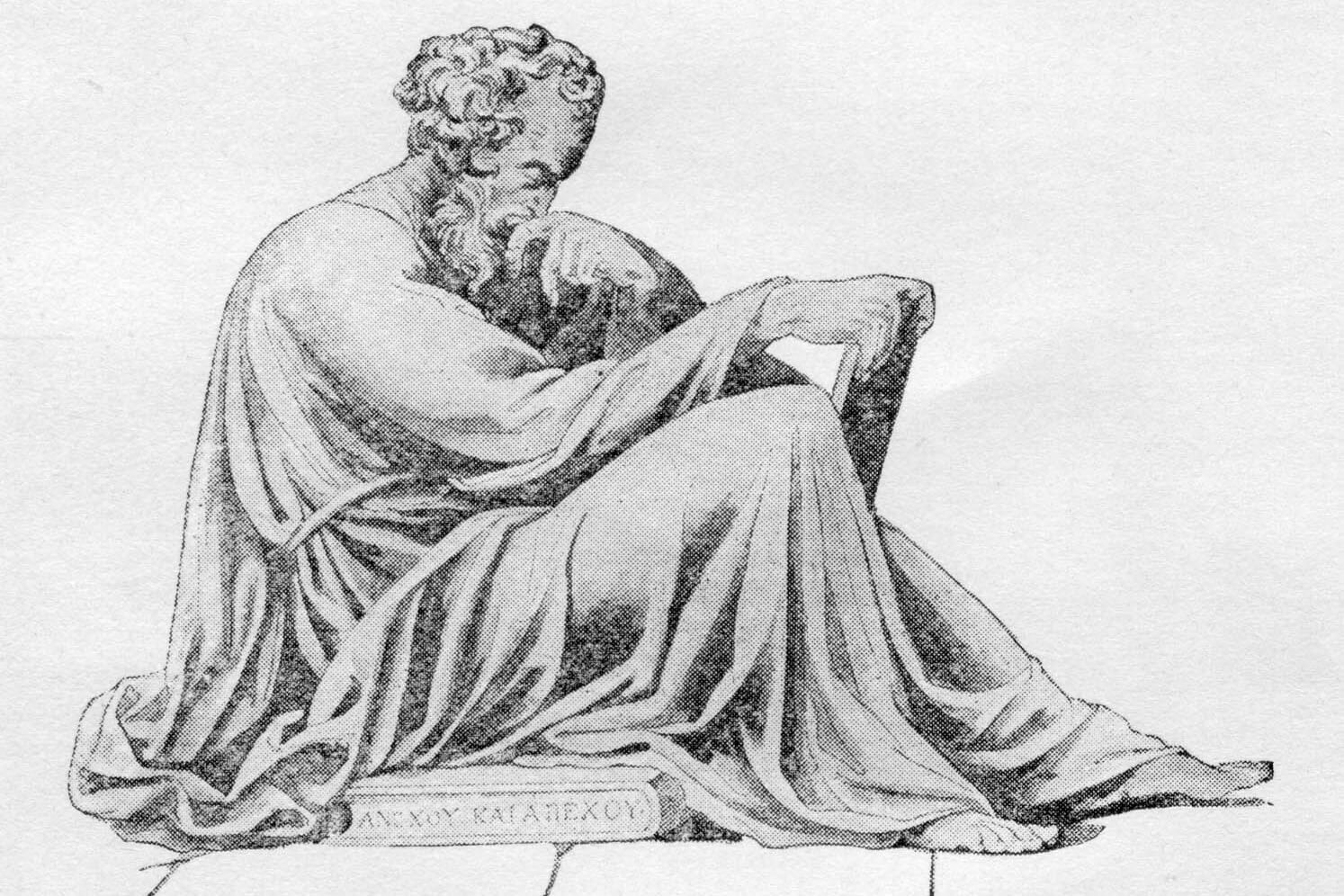 So after this coronavirus, what do we — in the US but also the world — want? What will we become?

This pandemic has surely revealed the radical failure of our existing systems. We’re not really a capitalist country in that we don’t actually have free markets per se — not because they’re regulated (as corporate lobbyists suggest) but because they’re backed by a banking system that can create money out of nothing. So we don’t have a socialist regime, either — a central bank and governing body working in the interests of its citizens. Instead, we have large corporations who are free to buck the free market because they have a banking industry that can create money for them seemingly at will and — and! — an armed forces to quash any resistance.

This means when faced with potentially horrific social outcomes, such as we’re facing now, what structures are there to aid us? I like to imagine that were this a real free market, it would be in the best interests of business to help its customers survive. (And, without a state apparatus, presumably we’d be helping each other rather than hording.) But why should these epic corporations with astounding resources do anything for anyone when they can create money for themselves out of nothing? Meanwhile, our government representatives work at the service of those corporations who, thanks to Citizens United and Super PACs, pay their bills. Our government, by design, does not work in the service of the general public.

And this government and its banking system has a monopoly on money. Look at the big bank bailouts of 2008 not to mention the latest COVID-19 stimulus bill that put aside $500 Billion for Big Business. We have no say in how this money is being distributed. Sure, our so-called representatives do but we know who they work for. The result is we have no recourse. Zero. They create the only money there is and mostly keep it for themselves. And we’re supposed to be grateful if we get a check for $1200.

As we’re witnessing in the United States, this is just plain old poor systems building. No one with resources — not the government, not large corporations — is incentivized to put those resources to work for the needs of individuals. We’re in the bizarre position of begging our oligarchs — ahem, Jeff Bezos — to help their own serfs, I mean workers. And what is their response? Silence — or worse (Amazon just fired the person who organized the strike at a NY warehouse). It’s truly as insane as it is idiotic. 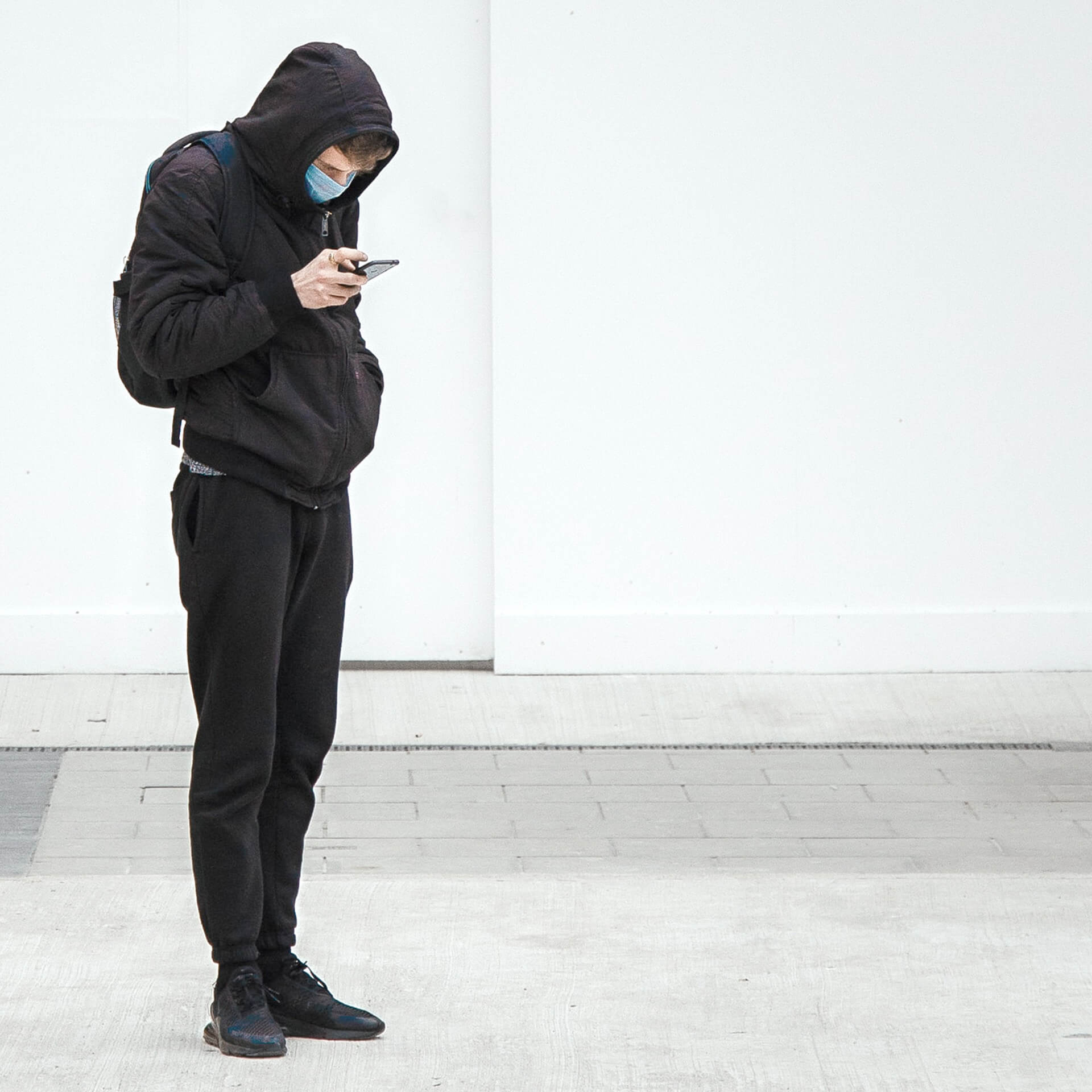 many people want a return to “normal” — that is, to the very systems that created this problem.

As a result, a lot of people are talking about this as reckoning, an opportunity to head in a new direction. But what does that future look like? Without a compelling image of what we can become, people tend to flounder. Just look: many people want a return to “normal” — that is, to the very systems that created this problem. I don’t blame them: we lack a popular image of what we can become, of what a better system looks like.

In the absence of this vision, we tend to resort to old images — which, in this case, tends to be socialism and fascism. The distinction between the two gets blurry, of course, as both revolve around a centralization of power and capital.

There are understandable bids to rebuild our government in the image of FDR’s New Deal or Johnson’s Great Society, to a time before Reagan’s tax breaks and Clinton’s deregulation of finance and the inauguration of supply side economics in which the Fed prints money for banks and corporations assuming it’ll trickle down to we peons — in the form of jobs, I suppose. That’s not exactly liberating. And it hasn’t worked very well as we’ve seen over the past 12 years and rather poignantly right now.

But a democratic socialist vision is complex, to say the least. We’d certainly have to undo the Supreme Court rulings of two cases, Citizens United and Speechnow.org, and then pass radical campaign finance reform. Without this, it seems to me that our so-called representatives will continue to serve their funders, Big Business. It is difficult, to say the least, to reform a beast as systemically corrupt as the US government.

Do we really trust those in power to act in the interests of our personal sovereignty and financial well being?

But even if we could, do we want to centralize power and its money so thoroughly? Do we really trust those in power to act in the interests of our personal sovereignty and financial well being?

Even if we could trust them, a government with a monopoly on money spends that money developing its institutions which, presumably, trickles down to us in the form of jobs. That’s great. But wouldn’t it be better if the production of currency was tied to individuals not to states and their institutions? We need to move past this anachronistic model and past a commercial banking system that can create money out of thin air.

Meanwhile, the fascist image is the most likely default position — a micromanaging of our health, our temperatures taken everywhere we go, any economic or medical handouts given with all sorts of mandates that curb our ability to act freely.

So what if we went an entirely different direction? What if rather than centralizing the power of the government and extending its monopoly on money, we decentralize power and currency?

The beautiful thing about this is it’s not some future science fiction. The rails of this decentralized reality already exist are being refined and optimized every day. This is blockchain and other decentralized technologies along with the rise of multiple, indeed thousands, of currencies. Bitcoin may be the most well known but look at CoinMarketCap to see how many currencies there are today.

What does this mean? Imagine currencies being competitive so they are accountable. You can see and know how that network is governing itself, how its distributing value. How can you see all that? That is how the blockchain works: all transactions are visible, the network transparent, the rules of the network immutable. This means there is little opportunity for lies, subterfuge, or the capricious actions of the few. Imagine being able opt out of US dollars because you don’t like that they’re spent to bomb other countries and fund failing banks and cruise lines.

Now picture using a currency which is aligned with your values. Don’t like the way a network is run? Change network currencies. Picture participating in how that currency is used. Decentralized networks have their own terms of governance and participation. You choose one that fits your values, needs, desires. As a network, you could all decide how to allocate funds during things such as a pandemic — for those out of work, for masks and ventilators, for food or rent. You’d actually have a say as you’d be a member, a participant, not a customer.

These decentralized networks have the ability to define their rules. For instance, the Anatha network which we’re building has a global rebate system in which all monies generated on the network are returned to the community every 24 hours according to pre-defined terms. This way, those participating profit together. There is no central board or executives extracting value and hoarding it. Quite the contrary, all value generated by the network goes to the network, a regenerative economy (rather than an extractive economy as we have now where profits go to those at the top).

Why are we doing this? Because when people are not stressing about housing or food, they can be their best self — which benefits them and those around them. For so much of the world, the day to day is defined by poverty, hunger, sickness, and war not to mention everyday anxiety and insomnia. This is so much lost talent, lost contributions to the cultural commons, so much wasted energy. It is a radically inefficient system. A better economy is one in which everybody prospers so they’re free to contribute, to flourish, to self-actualize. This is how to foster personal sovereignty and collective prosperity: you build a system of abundance in which everybody wins.

This may sound farfetched but such is the promise of the Information Age Economy. Today, information is the most valuable resource in the world, surpassing oil. And we all generate this data, each of an endlessly generative supply. In a decentralized network, the value of your information goes to you, not to the execs at Facebook.

So picture this. You’re part of the Anatha network which is at once a social and financial network, a place to share content and message friends and do all your finances. You get to decide what information you share with third parties who are all eager to have it. You then share the value that your own information generates. Now, rather than the execs at big companies selling your data for their own profits, you profit from your own data. So does everyone else in the world. Suddenly, we move from an economy of extraction and scarcity to one of abundance and collective flourishing.

The infrastructure is there. It exists. Today. The present banking system could never offer you that even if it wanted to as every transaction is mediated by so many parties — banks, processors, governments — each taking a little for themselves. It’s as inefficient in terms of time as it is in terms of money. With a decentralized economy, payments are immediate, automated, and peer-to-peer. They ask for your data; you say yes; they pay you right then and there. All automated. That’s what decentralized technology can do — today! 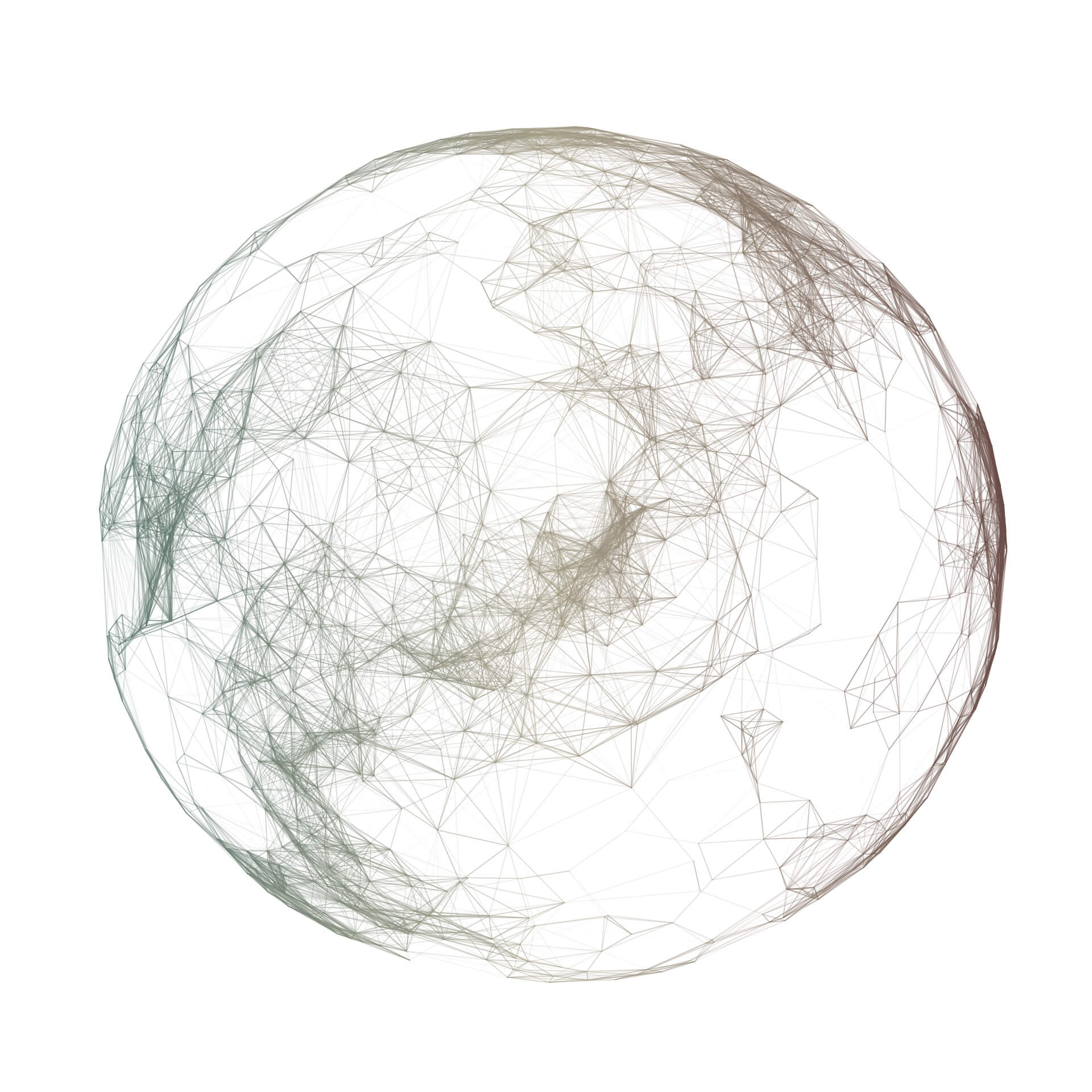 At Anatha, we’re not just building our own network. We’re building a platform that lets any community or people create their own vertically decentralized experience — a network, currency, and applications (such as social, messaging, and finance). This is how we build the next economy, the next world: by empowering people to build their own economies. (At Anatha, we sometimes call this Economy-as-a-Service, a kind of cloud based platform that lets people build their own economy.)

This is the image of the future we can entertain now. We don’t need to rely on antiquated models of money, of centralized power, of currency monopolies. We don’t need these anachronistic figures of socialism and capitalism, those leftovers of an industrial economy, that keep money for themselves albeit in different ways. This is the new economy, what Edward Hickman calls “The Information Age of Abundance.” It’s time for information age financial tools, for an information age economy.

The infrastructure of this new economy, this new world, exists right now fostering that unbeatable combination of personal sovereignty and collective prosperity. Picture that. Then let’s do that.

Prev
How Cryptocurrency Can Help Bank the Unbanked﻿
Next
The Future of Money: The Continuous Innovation & Proliferation of New Economic Systems
Get in Touch