The Future of Money: The Continuous Innovation & Proliferation of New Economic Systems. 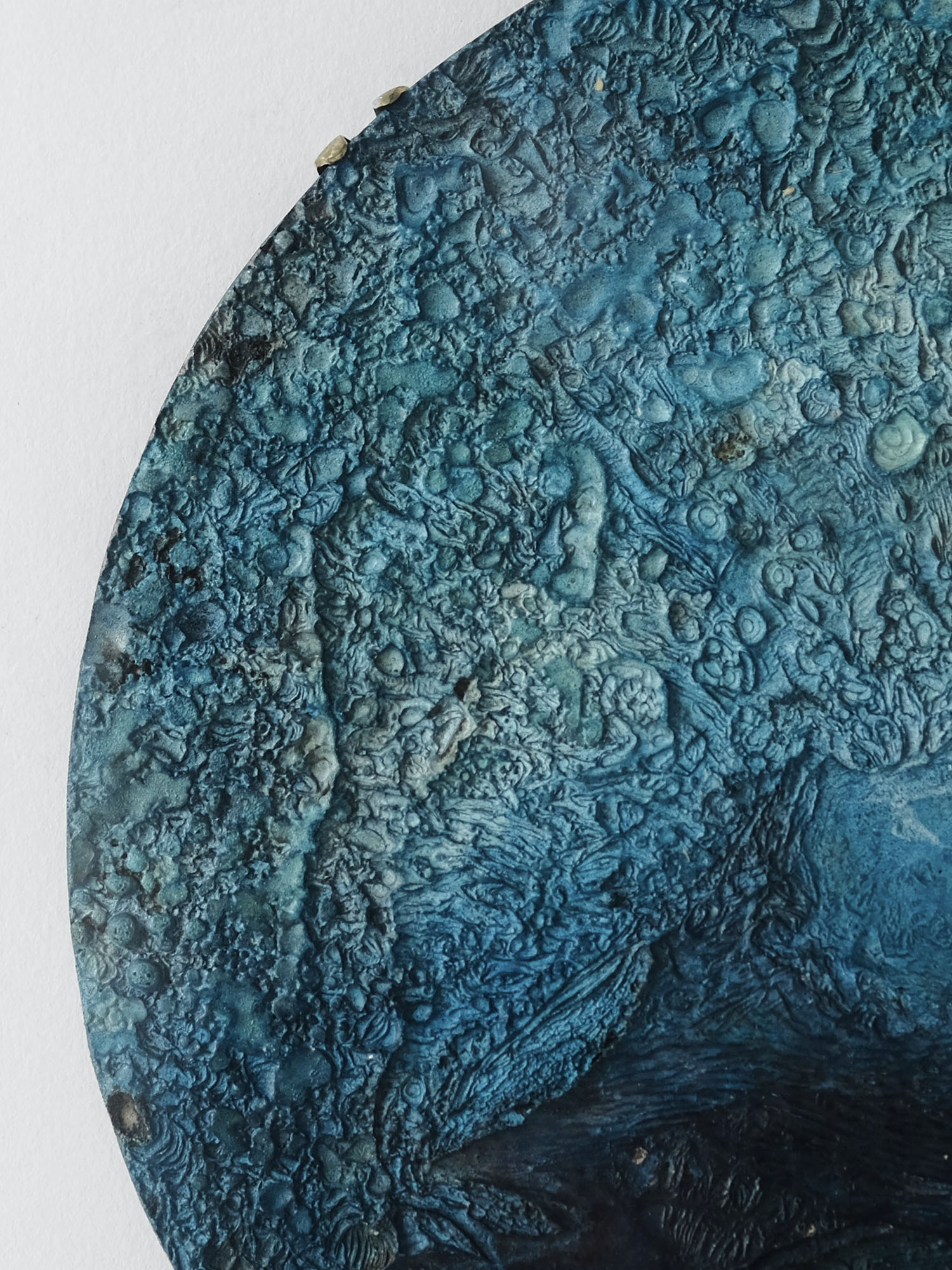 While people tend to think of crypto as digital money, the fact is most money — including fiat — is already digital. No, what this technology has inaugurated is something so novel we’ve only just begun to grasp the implications: digital economies. We now have the power to create new economic systems — to assign and distribute value in fundamentally new ways that serve the majority of people, not just those already wealthy.

Relentless Innovation is Inherent to Digital

The digital medium is essentially plastic. Unlike material production, code can be perpetually written over and disseminated near-instantaneously at any scale. Innovation, then, is no longer punctuated by material limitations — the time it takes to redesign, manufacture, and distribute a new product. Digital innovation has become continuous (as has labor — software developers and marketers don’t get a break!). New products, new technology, new features, new experiences, new companies, new business models come in and out of existence, relentlessly.

This will not “settle down.” The market, and our experiences, will forever be in constant flux.

The technology of distributed systems, such as blockchain and cryptocurrency, has introduced the digitalization of economic systems. While people tend to think of crypto as digital money, the fact is most money — including fiat — is already digital. No, what this technology has inaugurated is something so novel we’ve can barely grasp the implications: digital economies.

So what happens when not just our money becomes digital but when entire economic systems — all the rules, laws, incentives, mechanisms — become digital?

Just as happened in the innovation of communication, we will see the continuous innovation and proliferation of digital economies.

The Current Economy is Cumbersome

Our present economic system (unlike its currency) remains essentially material. It is an elaborate and sedimented orchestra of technologies, laws, regulations, institutions, incentives, and mechanisms that, taken together, assign, create, exchange, and distribute value. Economic innovation is inherently limited by these entrenched mechanics. This system is stuck in its ways, fated to encourage and facilitate certain behaviors and flows of value that no reform or regulation can possibly change.

For instance, this system does not assign any financial value to the life of an individual. In this system, our life has no intrinsic value; each of us only has value in as much as we work.

Let’s say we want to change that, to assign value to life itself by introducing a universal basic income (UBI). In this system, there are two main ways this can be done. The more well known one is through taxation — which repeats the same behavior of extraction and its zero-sum logic for which this system is designed and optimized — take from one party to give to another.

Another way would be to distribute newly “printed” money to individuals rather than to banks. But this would involve an overhaul of how our economy tries to control inflation and distribute new money — a systemically impossible task. Once again, innovation is thwarted by the inefficient materiality of our economy.

Digital economies, on the other hand, can change how value is assigned, created, exchanged, and distributed as simply (and as complex) as creating an app.

Consider social media in today’s economy. We post, share, and engage content all the time. But those actions have no financial correlate in this existing system: we create and curate for free, neither paying nor being paid. The only economic value comes from selling ads based on the extraction of value from all our content. And where does all the revenue go? To as few people as possible. This is not the result of greedy bad actors (even if there are plenty of those). This is the mechanics of our present, cumbersome economy.

Let’s say either through state regulation or the kindness of its heart, Facebook decides to assign value to our content creation and curation. How exactly would that work? The terms of this economy demand that financial transactions be mediated by a combination of banks and the government. It would be prohibitively expensive in every sense — financial, technological, practical — for Facebook to pay you for your content, your attention, your data, your engagement.

Now consider all the different ways we might recast social media by assigning and distributing value in different ways. For example, we can reward people for creating or curating compelling content. That is, rather than simply extracting value from content, we can assign value to content creation and curation.

And we can actually share that value — instantaneously and at near-zero cost. People in our new decentralized social network have sovereignty over their data. If and when they decide to share it, they are financially rewarded (according to some smart contract). When they watch an ad, they are paid automatically and instantaneously — something that, as we know, is impossible in the existing system. But it’s already happening today with crypto projects such as BAT (Basic Attention Token). We will no doubt be seeing more and more projects innovating the economics of social media in ever novel ways.

Example: Innovating the Economics of UBI

Or take UBI (universal basic income). In a digital economy, it’s quite easy to redesign the distribution of inflation. Rather than new money going to banks or, in the case of decentralized networks, going solely to miners and node operators, a percentage of inflation could go to network participants. Meanwhile, thanks to DAOs, we can create socially owned social platforms that disintermediate social and sharing economy companies, redirecting the generated value from owners to participants.

This model of a UBI is only possible due to the flexibility of digital economies. Rather than having to rely on extraction (that is, taxation which repeats the zero-sum logic of taking from one party to give to another), a digital economy can create a bottom-up, regenerative UBI based on abundance rather than scarcity’s zero-sum.

Such, in fact, is the initiative of Anatha. The Anatha network has a protocol layer mechanism that automatically and continuously delivers a percentage of inflation and revenue to network participants, automatically and continuously, with the goal of elevating everyone in the network above the global poverty line. There are dozens of other UBI projects, as well, each offering different economic mechanisms. We welcome and encourage all of them—and look forward to new ones.

In a short period of time, we’ve seen a massive proliferation of cryptocurrencies and, more recently, of DeFi projects that are changing how value is created and exchanged. But cryptocurrency is not just digital money, blockchains are not just developer platforms, and DeFi is not just a decentralized version of existing economic tools.

As the world becomes increasingly global, it’s hard not to see and experience the myriad things different people value, all the different modes of doing business, of transacting, of engaging with each other. While we’re constantly developing new modes of communication with each other, our univocal economic system is ill equipped to manage and negotiate these vast differences.

With the technology of digital economies, we will see an endless proliferation of ways value is created and shared. Rather than a single, stubborn economic model that is supposed to serve everyone — but is of course optimized to serve very few — we’ll have economies emerging all the time. Some will be closed systems. But, for the most part, I imagine most systems will interact with each other while many others will be nested inside each other or symbiotically connected in some way.

Rather than a pyramid of wealth and control — one economic system reigning over everyone while extracting value for those at the top — we’ll see fractal economies more akin to natural systems than to the forced geometry of the present economy. There will be economies of varying scales — from the neighborhood to the city to the state to the country to networks that have no geographic boundaries but, rather, are bound by common values and interests.

There will always be technological innovations in distributed systems that, say, increase through-put or interchain operability. But the true frontier is just coming into view: relentless innovation in economic design — in how we assign, generate, exchange, and distribute value itself.

Prev
Imagining the Post-Corona World
Next
Forget the Metaverse. Join the Multiverse.
Get in Touch